Scam reported to be making rounds in the Bitterroot

OTP & digital fraud raising its ugly head. Here is what you should do

Make the ringing stop: The FCC is finally fighting back against robocalls

As of Sept. 28, phone companies must start blocking calls from providers who haven’t told the Federal Communications Commission where they stand on protecting their customers from illegal robocalls.

Bob Sopko used to get about 20 illegal robocalls a week. You’re probably familiar with the ones that filled his voicemail box: Your car warranty is about to expire. You owe back taxes to the IRS. You can reduce your credit card interest rate. The types of scam calls go on and on.

A couple of months ago, Sopko’s phone stopped ringing so much. He gets only about five calls a week now. “They have dropped significantly for us,” said Sopko, a university entrepreneurship program director who lives near Cleveland.

Then there’s Cheryl Carstens of Sioux Falls, S.D. She gets up to 25 illegal robocalls a day. Her callers also seem concerned about her expiring car warranty, for a Toyota she’s never owned.

Across the country, 2021 is supposed to be the year when we can start answering our phones again without bristling over the likelihood that the call is an effort to rip us off, steal personal information or sell us something we’d never want. (Heck, you’re not even supposed to be getting these calls anyway if you’re on the Do Not Call Registry.) 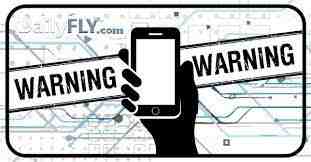 LEWISTON – The Lewiston Police Department issued a warning Tuesday alerting members of the community of a phone scam recently taking place in the area.

If you do receive a similar phone call, please call your local law enforcement agency to report.

The Lewiston Police have received several complaints from the public regarding a male subject calling and claiming to be an officer with the Lewiston Police Department. He is using the name of Officer or Detective Joseph Philabond. He will claim you have missed court and/or a subpoena and have an arrest warrant issues. The male will then try to elicit credit card or other personal information from you. This is FRAUDULENT. Please, if you receive a similar call, DO NOT provide any financial and/or personal information. The LPD has received similar reports taking place throughout the area.

Disclaimer: If you need to update/edit this article then please visit our help center. For Latest Updates Follow us on Google News

Biketober, a month-long event promoting cycling in Ōtautahi in October, has been targeted by a scam.

A Christchurch community event has been targeted by a social media scam trying to extract credit card details from bike enthusiasts.

A fake Facebook account, believed to have been set up by overseas scam artists, stole the name and event details of Biketober – a month-long festival of cycling held each October – and began messaging more than 1200 followers on Saturday.

They were told they had won a coveted limited edition t-shirt the real event was running a competition for.

Biketober co-ordinator Robert Fleming said it had been “quite a little journey” dealing with the “nuisance” Facebook scam.

An artist designed a bike route map in the style of the London Underground for some limited edition t-shirts to be won in a competition to promote the annual event.

It was all going smoothly, he said, until people started getting messages from an identical Facebook page saying they had won the t-shirt, but they had to pay $100 using a credit card to receive it.

The “phone rang hot” and the real Biketober was forced to place a cover photo on its Facebook page alerting people to its impersonators.

He had no idea why they would…

What Parents Should Know About Pfizer Vaccine for Kids Under 12

According to a press release from the drugmaker, results showed that the vaccine is safe for children and establishes a strong antibody response against the virus.

“Since July, pediatric cases of COVID-19 have risen by about 240 percent in the U.S. — underscoring the public health need for vaccination,” Albert Bourla, chairman and chief executive officer of Pfizer, said in the statement on Sep. 20.

“These trial results provide a strong foundation for seeking authorization of our vaccine for children 5 to 11 years old, and we plan to submit them to the FDA and other regulators with urgency,” Bourla said.

According to Pfizer, for younger children, the drugmaker tested a dose that was only a third of the amount that’s in the shots given now.

Yet after a second dose, children ages 5 to 11 developed protective antibody levels as strong as what’s seen in teenagers and young adults receiving the regular-strength shots. 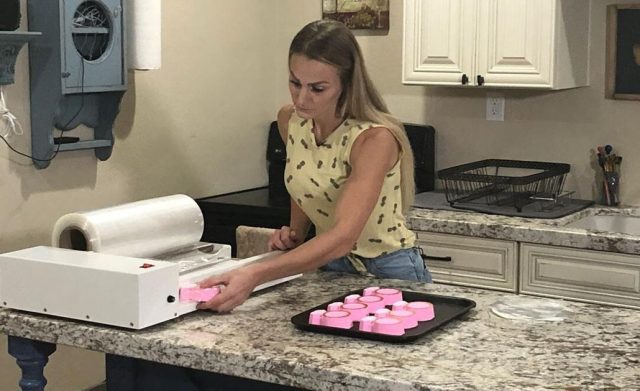 PHOENIX (3TV/CBS 5) — There’s a scam going around that 3 On Your Side has warned consumers about before. However, the scam is gaining some traction lately and folks are still getting ripped off.

Tiffany Jensen stepped away from her 9 to 5 job to open her own bath and body business where everything she sells, she makes. “I wanted to bring that creative spark into my life,” said Tiffany.

Flathead Electric Cooperative reports some members have received fraudulent phone calls and text messages threatening to cut their power off.

KALISPELL — A scam is making the rounds in northwest Montana.

The Flathead Electric Cooperative (FEC) reports some members have received fraudulent phone calls and text messages threatening to cut their power off.

The scammers ask the consumers to provide credit card or other financial account information and personally identifiable information over the phone.

FEC notes one angle of this scam is to say the consumer owes on his or her account and will have service shut off unless payment or payment information is provided immediately.

The Co-op does not call and threaten to disconnect power, a news release states.

Anyone who receives a call similar to those reported is asked to notify FEC. Reports can also be made to the Federal Trade Commission here.

LEWISTON — Lewiston Police would like to warn members of the community of a phone scam currently taking place. LPD has received several complaints from the public regarding a male subject calling and claiming to be a Lewiston Police Officer.

He is using the name of Officer or Directive Joseph Phillabond. He will claim you have missed court and/or a subpoena and have an arrest warrant issued. The make will then try to elicit credit card or other personal information from you.

This is fraudulent, LPD urges everyone if they receive a similar call not to provide any financial and/or personal information. They have received similar reports taking place throughout the area.

If you do receive a similar phone call, please call your local law enforcement agency to report the incident. 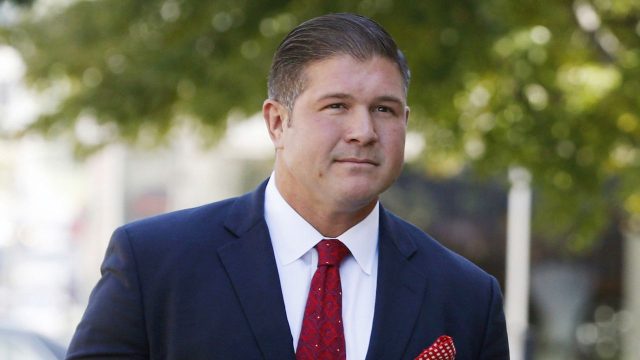 WASHINGTON (AP) — A Republican political operative pardoned by President Donald Trump after his conviction in a 2012 bribery plot has been charged again with campaign-related crimes, this time involving a 2016 illegal campaign contribution scheme and a Russian national.

What You Need To Know

Jesse Benton, 43, of Louisville, Kentucky, was accused in an indictment unsealed Monday in federal court in Washington.

Trump pardoned Benton in December after his conviction in a case involving false records and campaign reports to the Federal Election Commission. Prosecutors said Benton and two others who were working on the 2012 presidential campaign of Ron Paul tried to hide $73,000 in payments to an Iowa state senator, Kent Sorenson, for his endorsement of Paul.

The most recent case is similar in nature to the 2012 charges. Benton, who was the former chief strategist for the pro-Trump Great America PAC, and Roy Douglas “Doug” Wead, who served as an adviser to multiple presidential campaigns and is a presidential historian and author, were accused of conspiracy to solicit and cause an illegal campaign…

Letter from Africa: The lure of the get-rich-quick scam in Kenya – BBC News

Qikfox is on a mission to democratize the internet – TechCrunch