Officials with Greene County Hospital are warning area residents to be aware of scammers using the hospital as a means to defraud.

Hospital Administrator Richard Daughdrill said that at least one local resident has received a call from ‘scam artists’ pretending to be collection agents acting on behalf of the hospital. The scammers reportedly contaced a female resident by phone recently, threatening to take legal action if she refused to make a payment over the phone.

“This lady didn’t owe the hospital any money and thankfully did not fall for the scam, even though the call appeared to come from a local hospital phone number,” Daughdrill said. “Residents need to understand that we don’t handle business in that manner. If you receive a call like this from someone claiming to be from the business office at Greene County Hospital and requesting a credit card payment over the phone, do not give them any personal information.”

Daughdrill said the matter has been reported to state officials. Anyone who gets a call like this is asked to notify the main George Regional Health Systems Business Office at (601)766-4212 immediately. 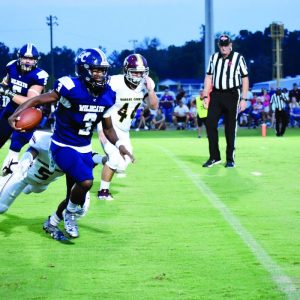 Letters Aug. 21: Call anti-vaxxers what they really are; Amazon jobs are a mirage

Ernst & Young and the scam that cost Mozambique $2.2bn