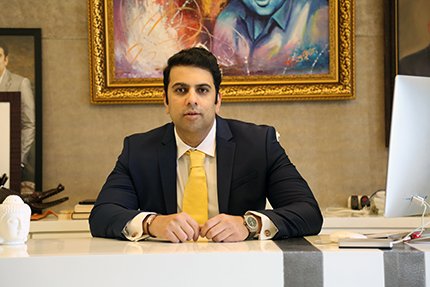 Pune, 8th October 2021: The Crime Branch unit 1 of Pune City Police has arrested a man for allegedly trying to extort Rs 50 lakh from PNG Jewellers proprietor Saurabh Gadgil claiming to save him from the Enforcement Directorate (ED) and Income Tax (I-T) departments in a bank loan scam. Police said that the accused are known to Gadgil.

Based on a complaint from Gadgil, an FIR has been registered against the accused at Vishrambaug police station.

Acting on a tip-off, Crime Branch arrested Rupesh Chaudhary (43) of Sahakarnagar today morning. A judicial magistrate court has remanded him to police custody till October 11. Police said that there is already an extortion case registered against him in the past.

His accomplices Amit Mirchandani of Shaniwar Peth, Vikas Ruplal Bhalla of NIBM Road, Santosh Kapurchand Rathod of Shahu Chowk and others are absconding.

According to Police Inspector Shankar Sankhe, in-charge of Crime Branch unit 1, one of the PNG group’s companies had taken a loan of Rs 68 crore from DHFL company. Around 8 pm on September 22, the accused told Gadgil at Mirchandani’s office in Shaniwar Peth that I-T department had objected to the loan deal while the ED and Serious Fraud Investigation Office (SFIO) had pointed out certain lapses. They told Gadgil that the I-T and ED had noticed the said loan.

“Bhalla told Gadgil that he knew an ED official from Delhi who is handling the case. He further informed that the said…

Venmo – How to Get Money Back

Trademetar – Can They Be Trusted?

Beware of Clicking on a Fake Dating Website, Experts Warn