Thai
Home IRS Scams The Employment Development Department Wants Its Money Back, but Some People Can’t... 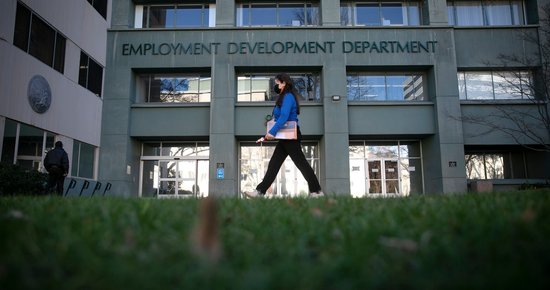 The offices of the Employment Development Department in Sacramento on Jan. 10, 2022. Photo by Miguel Gutierrez Jr., CalMatters

A musician who lost all her unemployment documents when her home burned in a wildfire. An arborist who filed for unemployment assistance a year before the pandemic began. A tattoo artist who can’t prove he was working because he ran a cash operation.

These are just a few Californians caught in a state dragnet to recover money from fraudulent unemployment claims.

Late last year, California’s Employment Development Department launched a clawback program, requiring some 1.4 million people who received federal pandemic unemployment assistance to retroactively prove they were working or seeking work. That program, which ended in September, was aimed at helping people who don’t usually qualify for unemployment benefits because they are freelancers or small-business owners.

As of Jan. 4, one out of five recipients who received the notice have responded. The state says a majority have been deemed eligible and won’t have to repay, but some are unable to provide documentation, leaving them on the hook to repay benefits that could add up to tens of thousands of dollars. If they can’t pay, the state could collect the money in a variety of ways, such as wage garnishments or taking them to court.

“They are going to want money back from me that I don’t have,” said Donna Casey, a musician who could owe…

This Is How Fake Bitbuy Crypto Exchange Scammed Investors