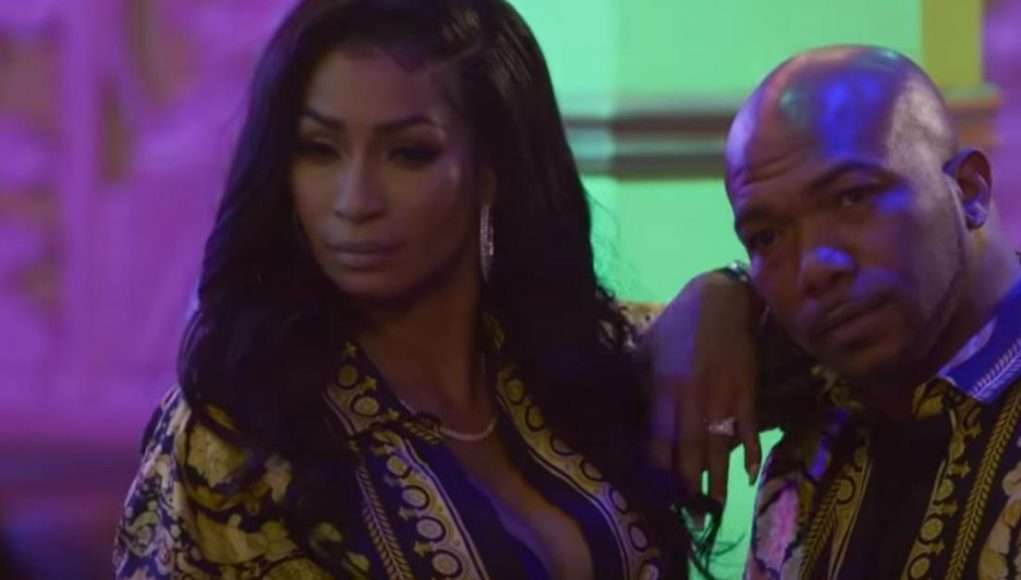 Many fans of Love & Hip Hop: Atlanta were utterly shocked when castmate Karlie Redd gushed about her new fiancé Maurice Arkansas “Mo” Fayne and showed off her engagement ring in Season 8. Not too long after the reality star broke up with fellow cast member Yung Joc, Karlie had moved on with Mo, and fans thought she had jumped into a new relationship too soon. Mo briefly appeared on LHHATL, and his storyline was primarily about his and Karlie’s relationship.

The pair bought a house together and even had their engagement party on the series. One of the obstacles in their relationship revealed on the show was that Mo had cheated on Karlie and had a child with another woman. Karlie also accused her fiancé of being possessive on the reality series. The two did attend counseling to try and work out their problems, but unfortunately, things did not improve.

Their romance quickly turned sour, and Karlie called it quits with Mo in 2019, ending their secret marriage. In the Season 9 premiere of Love & Hip Hop: Atlanta, Karlie mourned the death of her relationship with Mo with a dramatic funeral that signified the end of their marriage. Fast forward over a year, Karlie’s ex-husband is making headlines for being sentenced to 17 and a half years in prison. Keep reading to find out why Karlie and Mo divorced and why he was given such a hefty prison stint.

Why did Karlie Redd divorce Mo…

America Needs to Kick Its Car Dependency. Are Local Investments in Urban Design the Answer?

The perfect time for leaf peeping and hiking at Palisades State Park – KELOLAND.com

How to Buy, Sell, and Manage Bitcoin

HMRC issue scam warning ahead of Self Assessment deadline this week